Ancient Church Hidden For 1,600 Years Reappears In Turkish Lake Thanks To Less Pollution

One of the benefits of a global pandemic is how the earth recovers, and the beauty we rediscover when that happens. 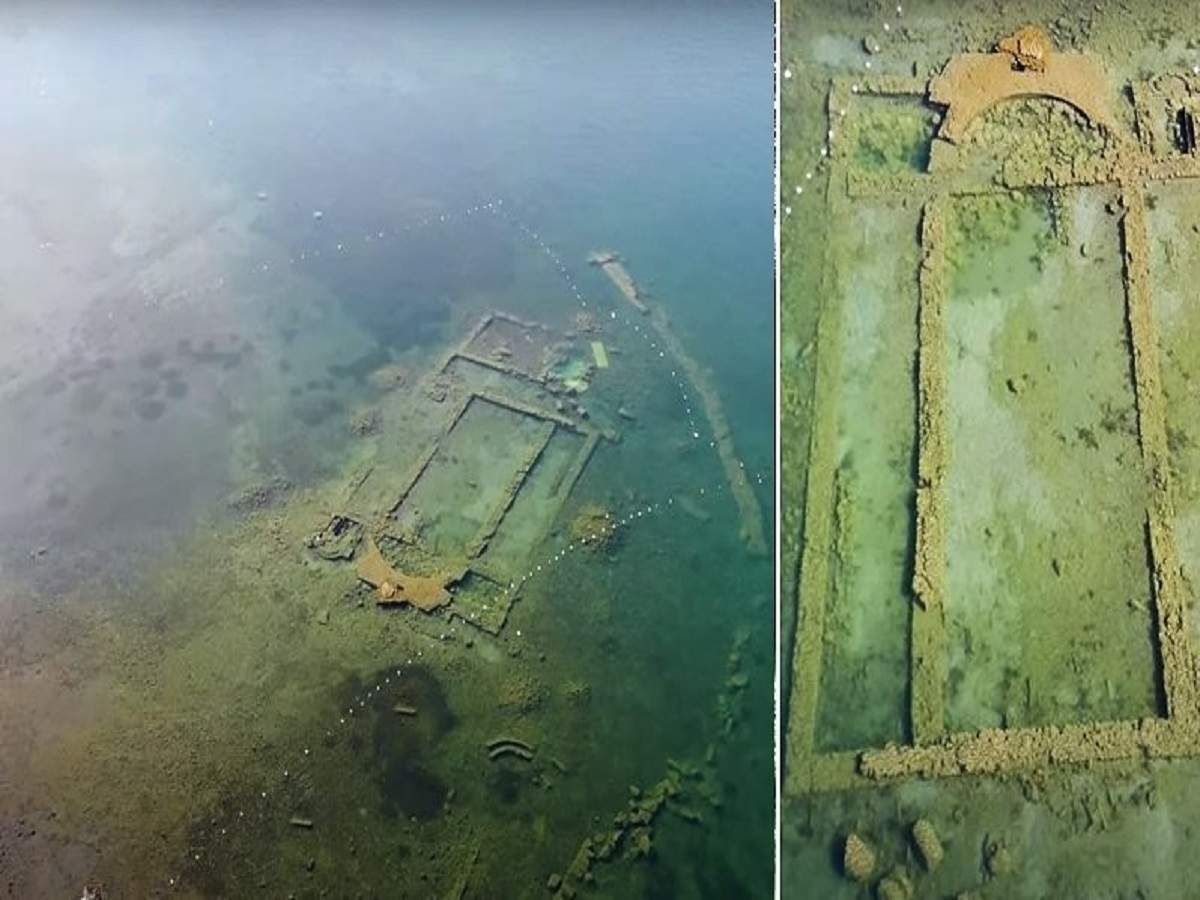 An ancient underwater church that has been submerged beneath a Turkish lake for more than 1,600 years is finally visible the following lockdown

Beneath the clear water of Lake Iznik in the western region of Turkey, a gigantic structure has been spotted for the first time in 1,600 years.. 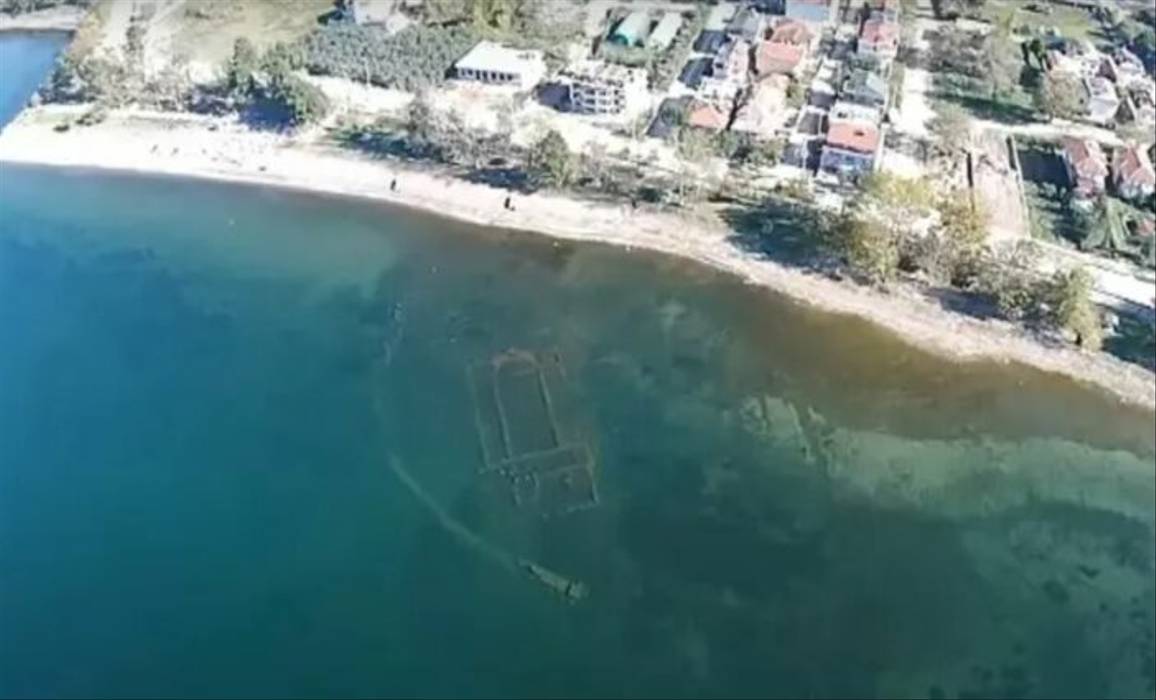 An ancient church, that has been submerged beneath the Turkish lake for more than 1,600 years, is now visible due to a sharp decrease in water pollution.

The nationwide lockdown triggered by the coronavirus pandemic cleared up the water pollution in the region. Now, an aerial photo clearly shows the Roman-style church beneath the clear water of the lake. The pictures, taken by a drone, show the huge walls of the structures and the ruins that appear to be beneath a layer of algae.

According to reports, the ancient ruins of the church were discovered in 2014 and regarded as one of the top 10 discoveries of the year by the Archaeological Institute of America. The church – known as Basilica – was built around 390 AD when Istanbul was called Constantinople, according to archaeologists. 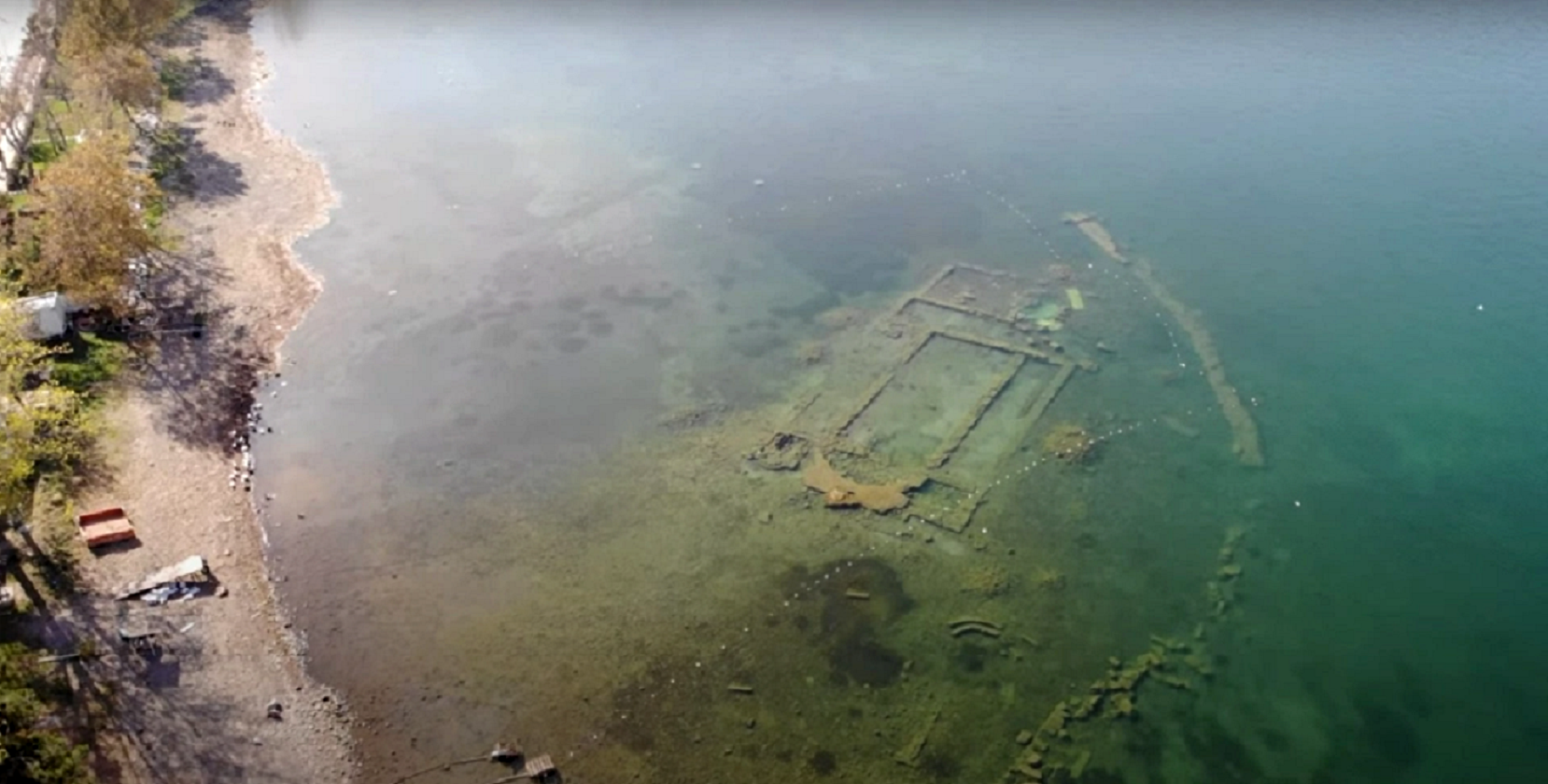 Archaeologists, historians and art historians estimate the religious structure collapsed during an earthquake in 740, before sinking further into the lake.

The submerged building currently lies between 1.5-2metres below the surface and can be clearly seen for the first time, as the coronavirus lockdown has resulted in less water pollution.

The local authority recently flew a drone over the site to take stunning images, revealing the basilica’s walls and structure just below the lake surface. 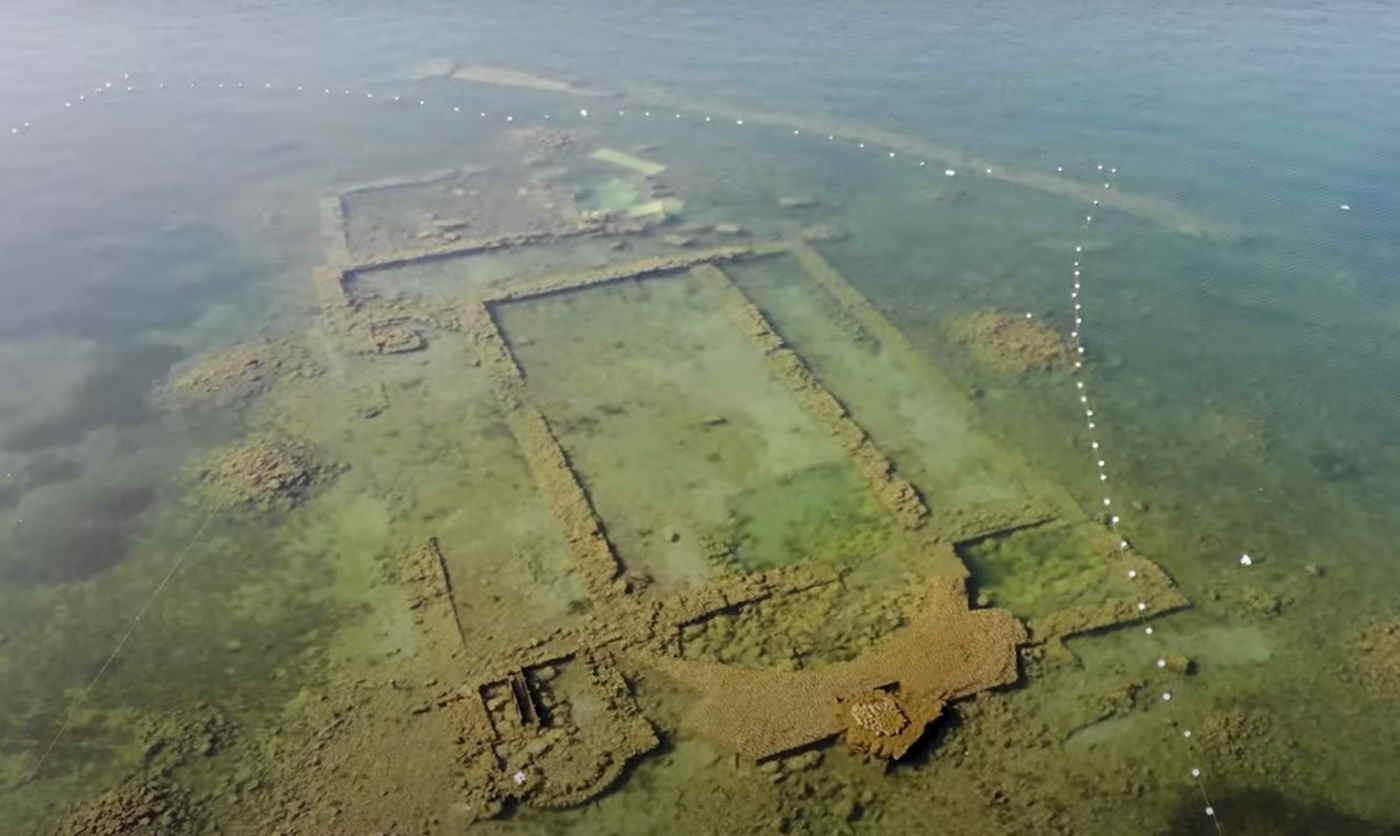 “When I first saw the images of the lake, I was quite surprised to see a church structure that clearly. I was doing field surveys in Iznik [since 2006], and I hadn’t discovered such a magnificent structure like that.”

Experts believe the Byzantine-era basilica was built in honour of St. Neophytos, a saint and martyr who lived during the time of the Roman emperors Diocletian and Galerius.

Neophytos died at the hands of Roman soldiers in 303 AD, just one decade before an official proclamation was brought in to ensure religious tolerance for Christians living within the Roman Empire. Şahin believes the church was built at the very same spot where Neophytos met his end. 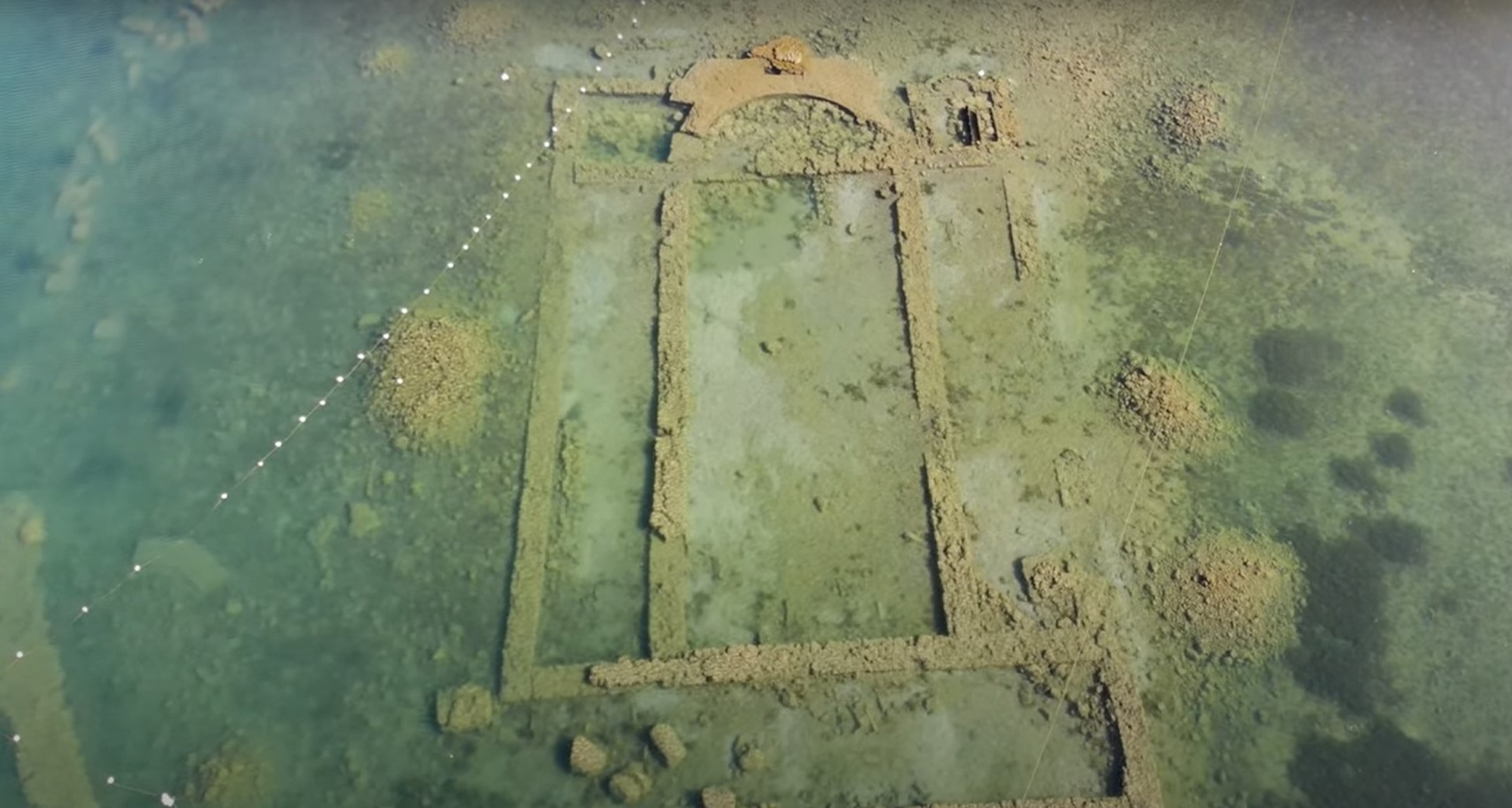 And, there might be a pagan temple beneath the church, reports The Weather Channel.

Researchers have uncovered fragments of an ancient lamp and early coins from the reign of the emperor Antoninus Pius – indicating a more historic structure buried under the church.

Sahin said he believed the basilica could have been built on top of a temple to Apollo.

And now, we can once again appreciate the historic remains of a past that carved itself into the earth.