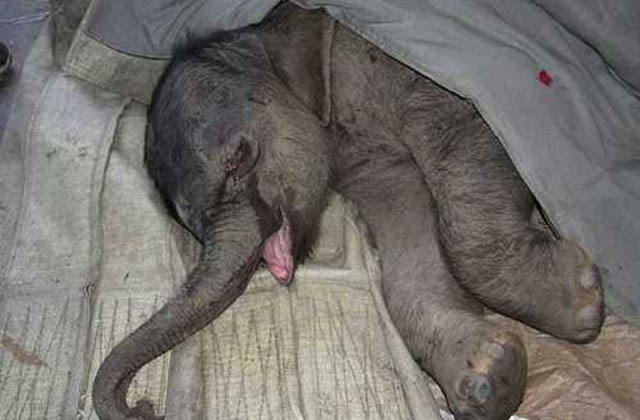 Not one, not two, but five whole hours was crying the baby elephant that lives in the wildlife park in the city of Rongcheng in China because his mother not only rejected him away but also tried to kill him.

According to scientific studies, we are now able to know that animals can experience emotions from the simplest, such as happiness and sadness, to more complex ones such as empathy, jealousy eland grief. Animal sensitivity is defined as the ability to feel, perceive, and subjectively experience various experiences.

But if it is tough to recognize signs of empathy in small rodents, things become much easier when it comes to human-like primary mammals such as chimpanzees. When it comes to studying the behavior of anthropoid monkeys, the evidence is almost indisputable. In these organisms, we find the whole range of typical human emotions: love, hate, fear, altruism, and empathy.

A typical example is elephants.

Zhuang Zhuang was born in Shendiaoshan Wildlife Park in Rongcheng, China. But unlike the classic elephant moms who are emotionally attached and extremely affectionate with their babies, his own mother abandoned him and attacked him! 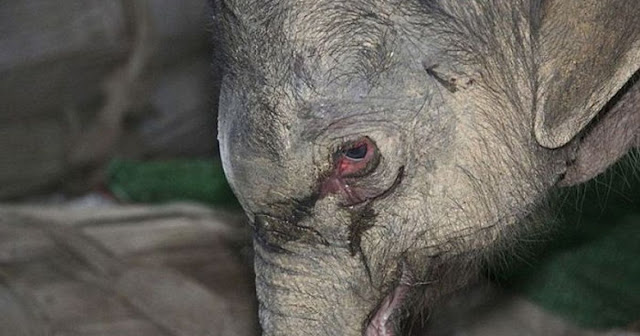 After the rejection of his mother - who not only did not want to take care of him but also tried to kill him twice - the baby elephant cried inconsolably, for five whole hours!

According to veterinarians, the behavior of this particular elephant is attributed to the well-known postpartum depression, which also occurs in elephants as highly intelligent animals.

Park officials tried to comfort him with caresses and toys, but as can be seen from the photo, Zhuang Zhuang's eyes are already red from crying. The crying of elephants is absolutely no different from that of humans, as it is not a simple tear secretion, but a complete expression of emotions and a specific mental state.

Apart from humans, elephants are perhaps one of the few beings on the planet who not only experience emotions (sadness, joy ...) but are also fully aware of the meaning of death as they are the only ones alongside with humans who mourn.

Researchers have found how a herd of elephants gathers around a stillborn baby. Herd animals are constantly touching the dead baby with their proboscis as if they want to awake it. Then for days, they stand awake with fallen ears. Other times, when a member of their group is hurt by a hunter or falls ill, they caress it, offer support to it, and take care of it until its health is restored or it dies.