Home » Story » Every day she hears loud noises from the garage, when her hubby's secret is revealed, she's in tears
Story

Every day she hears loud noises from the garage, when her hubby's secret is revealed, she's in tears 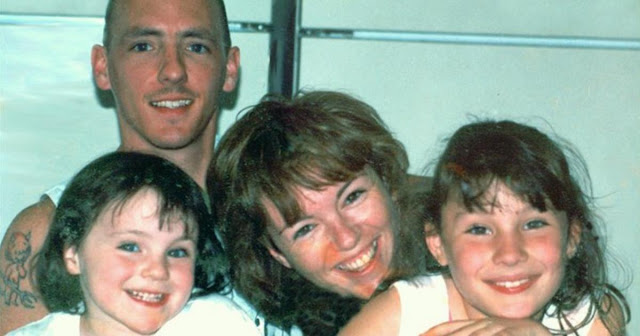 Brad Soden has experienced a lot in his life.

The former United States soldier not only served in the first Iraq war, but alsosaved many lives as a fireman after he completed his service.

Brad, his wife, Liz, and their three children, live in Phoenix, Arizona.

And for a long time, Brad lived the dream. But everything changed on August 15, 1999 — the day when the accident occurred. 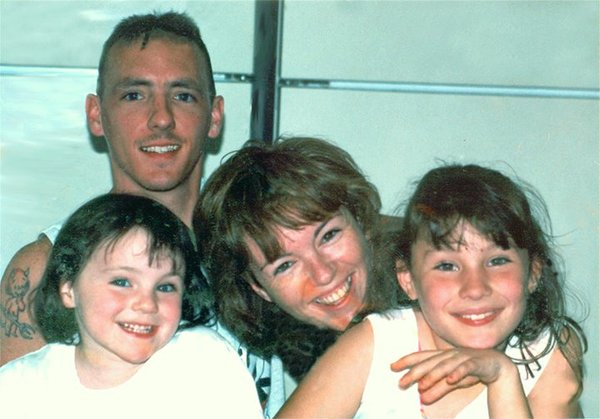 Brad and Liz were with their kids in their truck. Liz was driving when the left front tire blew out. She lost control of the car and drove off the road.

Luckily, the couple's three boys walked away with minor bruises. Brad's injuries were a bit worse — he broke his leg. But for Liz, the situation was tragic: she broke her back and became paralyzed from the waist down.

Liz was rushed to the hospital for surgery, and when she woke up, her doctors gave her her diagnosis.

Liz thought her life was over. She thought Brad, who was her boyfriend at the time, would leave her for a "normal woman."

Brad's response? He got down on his knee and proposed right there at the hospital. 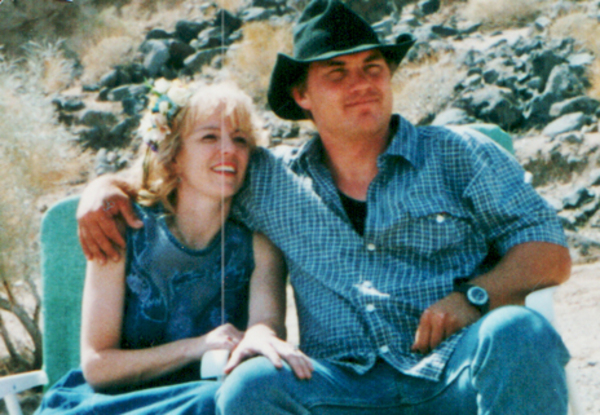 Of course, Liz said "yes" and the couple was soon married.

Liz's road to recovery was long and her entire family supported her in her process.

Liz is a strong woman, but the transition to her new life in a wheelchair was extremely difficult. Especially, since one of the family's favorite hobbies had been hiking.

After the accident, Liz tried to follow along, but she quickly realized that her wheelchair would never be able to traverse the uneven terrain she loved to hike. 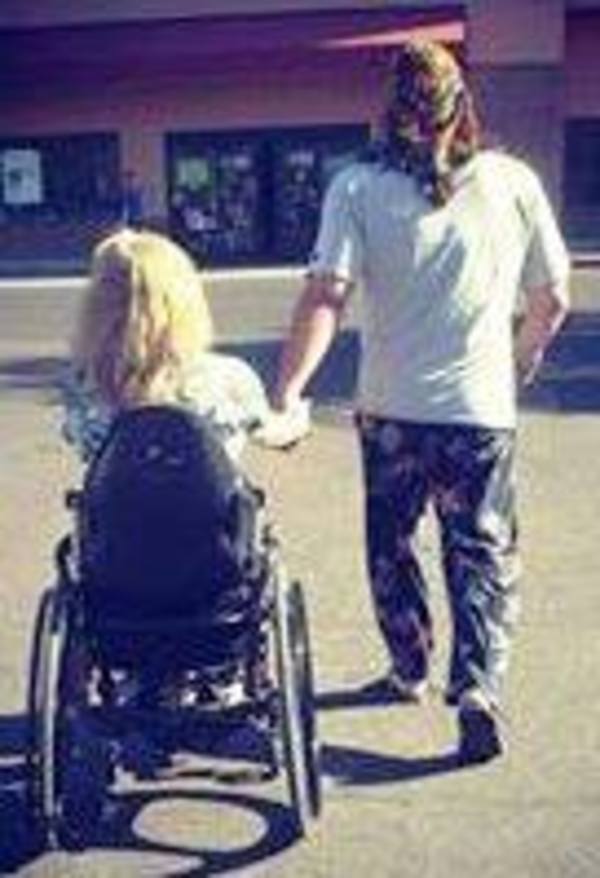 On one occasion when the family was out following a moose trail, Liz was forced to stay behind on the flat road.

With tears in her eyes, she asked her family to keep going. That image broke Brad's heart, and he decided he wouldn't let it happen ever again.

During his time in the army, Brad worked as maintenance technician who was responsible for maintaining and cleaning tanks.

His job inspired him to build a special wheelchair for Liz: an off-road-capable wheelchair that would allow Liz to join the rest of the family wherever they went. 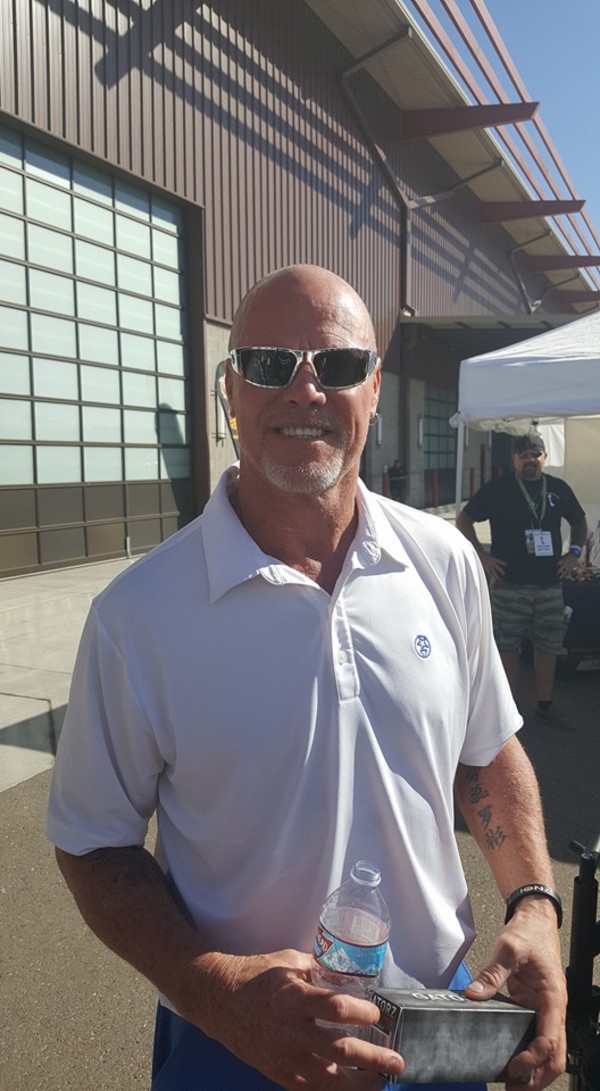 But it was easier said than done.

Brad spent days on end in the garage. Some days, he barely went outside at all, and sometimes he lost his patience.

The loud noise coming from the garage was something that the neighbors and Liz got used to. 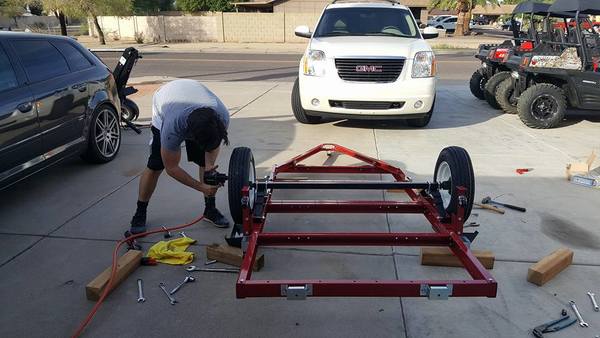 Brad's challenge? To build a silent electric engine that could work in the wilderness and at campsites.

After countless hours, Brad had finally found the solution. He called Liz to the garage and surprised her with a unique wheelchair complete with tank treads! 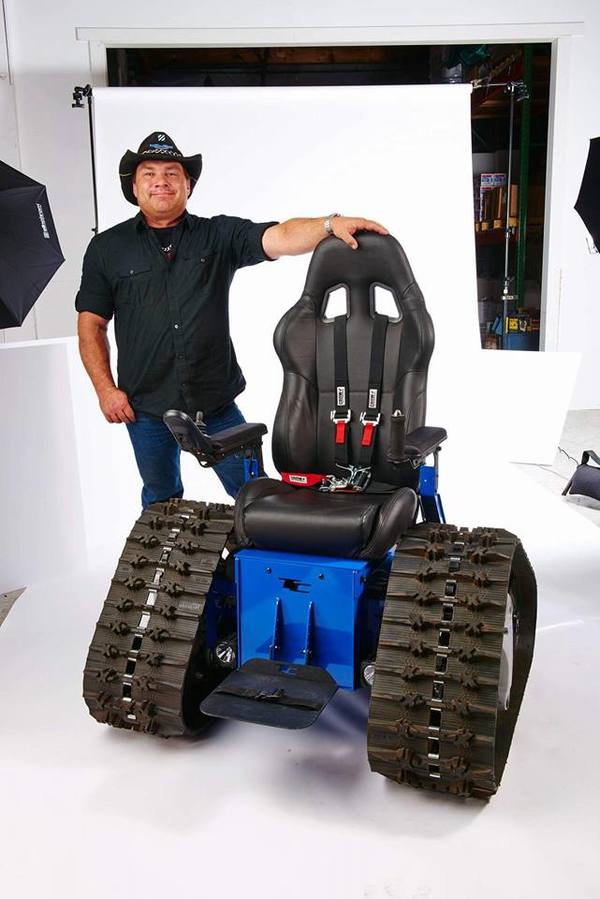 Brad's invention didn't go unnoticed. The all-terrain wheelchair impressed, among other people, the heads of the high-tech company NPC Robotics.

The company supported Brad and built a prototype based on his model. With modern technology, Liz's new wheelchair is quiet, fast, and made for off-road driving. 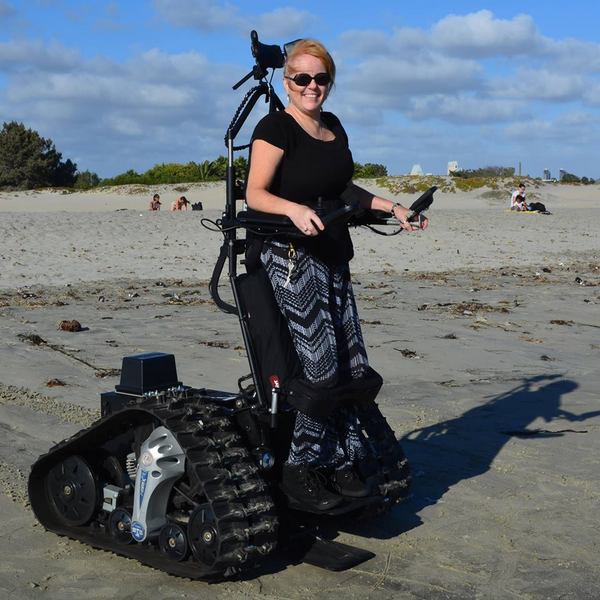 Nowadays, Brad and the kids have trouble keeping up with Liz when the family goes for a hike...

What a great invention! Brad hasn't just shown his enormous love to Liz, he's also showed that he has the ingenuity and will to overcome anything! 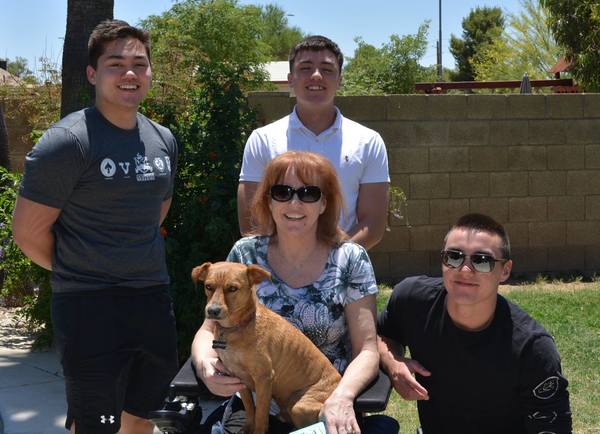 What a great example of how to help your loved ones! When someone in your family falls, help them get back up!

Please share this fine story, because you couldn't wish for a better husband and dad than Brad!