10:50 AM
Champika
Although they may not seem like it always, children can be super smart. Most of the time we just don’t give them the benefit of the doubt. But this little boy knew exactly what he was talking about, and we are so glad he did, because without him, this could have been a very different story… 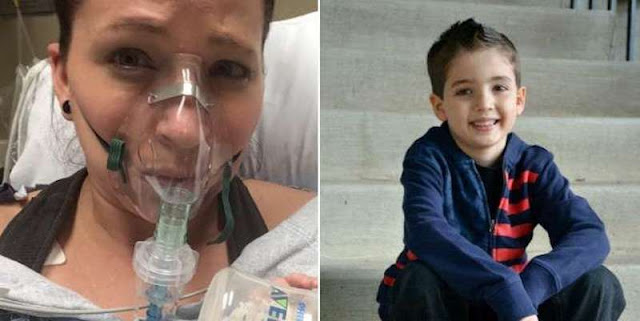 When Kimberly Smith, a full-time mother, started having chest pains while she was caring for her newborn baby. But she just let it go, because it didn’t stand out to her. It was nothing odd.

The next day though, her symptoms got worse. She couldn’t do her normal daily tasks.

“My baby, who’s only 7 pounds, was too heavy to hold against my chest. I thought I’d sleep it off while the kids were at school, but by the time my other son got home I had this crushing pain up against my chest,” said smith.

Then her son Camdyn, 9 years old, came home and saw that something was seriously wrong. He then sat down next to her and refused to leave her side. She kept saying that she just needed to take a nap. But he thought differently.

“I said ‘I just need to nap’ and he said ‘I don’t think so,’” said Smith. And that advice ended up saving her life.

He ended up explaining to his mom that his gym teacher had recently suffered from a blood clot, and told him that when people hold their chest, someone needs to call 911 immediately.

Smith took the advice, and ended up calling her doctor, who said she needs to be seen immediately. 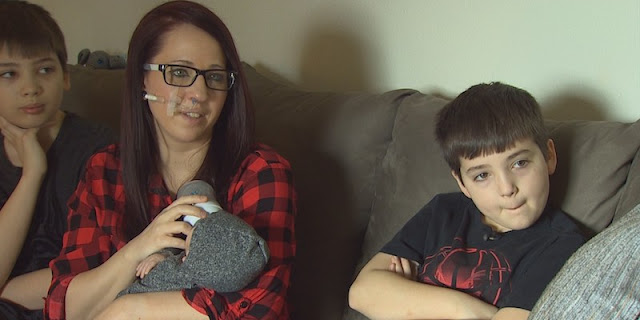 “Camdyn said ‘I am getting my shoes on and we need to go’ and at that point I was still like ‘no no.’ He grabbed the diaper bag and said ‘we have to go,’ Him being persistent was the reason I decided to just go. I wanted to ease his worries.”

But when she arrived, they performed an EG and blood test, and they quickly called an ambulance. She was diagnosed with a pulmonary embolism, and they found multiple blood clots in her lungs.

If she would have taken a nap, there’s a good chance she wouldn’t have woken up, according to her doctors.

She was in the hospital for several days, and is now taking blood thinner medication. And to her, Camdyn is her lifesaver.

“He literally saved my life. I keep thinking about it and I keep reading about it. Blood clots kill so many people. I can’t imagine not being with my children every day and not seeing them grow and he made that possible for me. What Camdyn did was heroic,” said Smith.

We are so glad that she is still alive and well, and we are thankful for Camdyn for noticing the signs and for being such a hero.

If you are glad that Camdyn was able to save his mothers life by making her listen to his advice, SHARE this post!