Home » Health » Marijuana and Dopamine: The Science Behind It
Health

Marijuana and Dopamine: The Science Behind It

There’s no denying that marijuana makes its users feel good. But what’s behind the euphoria and what happens to those who smoke frequently?

As it turns out, marijuana causes the brain to release a chemical known as dopamine. This chemical plays a role in many essential functions, and is actually related to marijuana in more ways than you might think.

But dopamine is an especially important neurotransmitter. It is often called the ‘feel good’ chemical, because it is directly responsible for feelings of pleasure and reward. Dopamine neurons are highly concentrated in a part of the brain called the nucleus accumbens, which is sometimes referred to as the brain’s reward center.

Many biological functions involve the reward pathways of the brain, including appetite, attention, learning, sleep, sex, movement and mood.

Yes! All drugs that people take for recreational purposes act to increase dopamine levels, and research shows marijuana is no exception.

Just like caffeine, alcohol, tobacco and cocaine, use of marijuana is associated with a release of dopamine. The temporary rise in dopamine levels is responsible for the euphoria that users of marijuana and other substances experience.

While marijuana is similar to other drugs when it comes to raising dopamine levels, the way it works is somewhat unique. 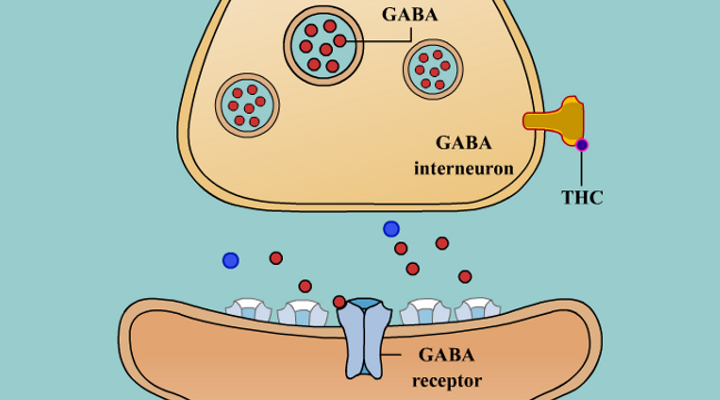 Interestingly, it’s not just chemicals in marijuana that have this effect. GABA is naturally inhibited by other cannabinoids produced by the brain. The action of natural cannabinoids, known as endocannabinoids, is believed to play an essential role in the release of dopamine in day-to-day functions.

A study published in 2013 confirmed this fact by showing that mice born without cannabinoid receptors ran on their exercise wheels 20 to 30% less often than healthy mice.

Since marijuana changes dopamine levels temporarily, many have wondered whether this might lead to long-term effects. A 2012 study set out to investigate this and concluded that unlike users of other common drugs, frequent cannabis users do not suffer from lasting changes in dopamine levels.

On the other hand, studies suggest that dopamine levels may be affected for a brief period after quitting marijuana. Users may experience a period of withdrawal during which dopamine levels fall below normal levels.

A study published in 2013 also found that cannabis users might have lower levels of dopamine than the average person. One explanation for this is the ‘self-medication’ hypothesis, which describes the tendency of individuals who suffer from dopamine abnormalities, such as people with ADHD, to use substances that increase dopamine.